The Raspberry Pi & Raspberry Pi Zero are versatile and fun to use mini computers. Their versatility means they’re a great for many different projects from software to hardware based electronics project. 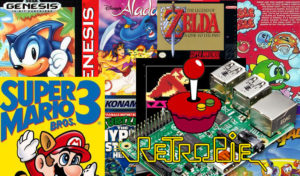 Would you like to play Nintendo Entertainment System, Super Nintendo, SEGA and Gameboy games on your TV?

Turning a Raspberry Pi into a retro game console emulator is one of the most popular Raspberry Pi projects. Using the RetroPie project you can setup your Raspberry Pi to play Nintendo, Super Nintendo, SEGA Genesis, SEGA Master System and even arcade games such a PacMan or Donkey Kong.

If you want a build a retro gaming console follow our guide: How to Build a RetroPie Raspberry Pi Retro Game Console Emulator. 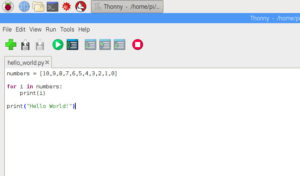 Have you always wanted to learn a programming language? You can setup your Raspberry Pi as a computer and use its pre-loaded programming tools to learn Python.

The Raspbian operating system even comes with a special version of Minecraft you can program using Python.

If you’re ready to start learning a programming language checkout our tutorial: Getting started with Python programming and the Raspberry Pi. 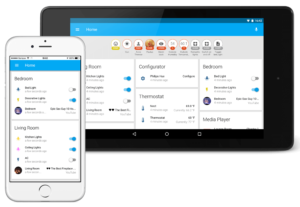 Would you like to be able to control your home from your phone or automate your lights and thermostat?

If you want to use your Raspberry Pi to create a home automation hub check out our guide: How to: Create a Z-Wave Smart Home hub using a Raspberry Pi.

You can connect push buttons, motors, diodes and tons of different sensors to create your own hardware devices. You can even use Python to push the data into the cloud and make your own IoT devices. 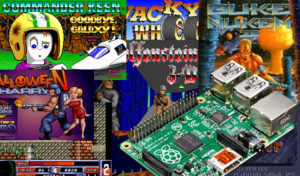 Do you want to relive the glory days of DOS gaming playing classics such as Wolfenstein 3D, Commander Keen, Lemmings and Wacky Wheel?

Building a Raspberry Pi DOSBOX computer is a perfect way to relive DOS gaming, and learn about the Raspberry Pi while doing it.

Setting up a DOSBOX will teach your how to boot your Raspberry Pi for the first time and install additional software packages using Linux.

If you’re ready to setup your Raspberry Pi to play some DOS classics checkout the tutorial: How to play DOS games on the Raspberry Pi using DOSBOX.

If you’re looking for more project ideas checkout our projects section. The Raspberry Pi sub-reddit is also a great place to look for inspiration.

Do you have any project ideas that you want to add to the list tweet us @RaspberryPiHQ.

A great starter hardware project using the Raspberry Pi is hooking up a simple tactile switch to the Raspberry GPIO and detecting button presses in Python. This guide will guide you through setting up the Read more…